Moor Tariq ibn Ziyad was a Moslem general who led the conquer of Spain. This war is said to be one of the most influential wars of Moslem history. Beginning in 711, and ending in 720 with the majority of the Iberian Peninsula under Moslem rule. This move helped to cease oppression of the inhabitants and establish a form of justice. 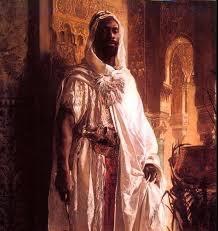