Born in 1787, South African King Shaka Zulu was drafted into the military at 23. He rose through the ranks at a rapid pace, proving to be especially skilled in battle strategy and tactics. He became the chieftain of the Zulu in 1816 when his father passed away. Shaka Zulu developed several methods of battle, to include the use of short-handled spears to create better cover and accuracy in battle; and military formations which proved optimal for success. Shaka Zulu also instilled a discipline in his army that made them legendary throughout the region. These changes and advancements as an army led to a better economy for the Zulu Nation, and had a lasting effect on South African history. 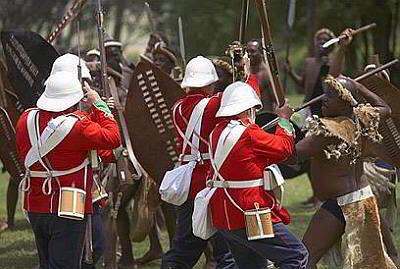