Shirley Anita St. Hill Chisholm was an American politician, educator, and author. She was a Congresswoman, representing New York’s 12th Congressional District for seven terms from 1969 to 1983. In 1968, she became the first African-American woman elected to Congress. On January 25, 1972, she became the first major-party black candidate for President of the United States and the first woman to run for the Democratic presidential nomination. 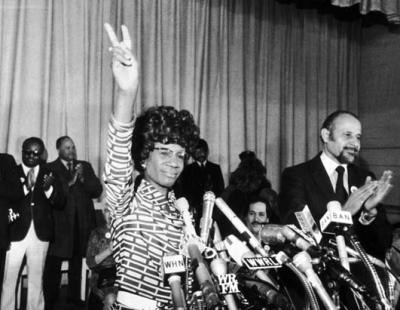